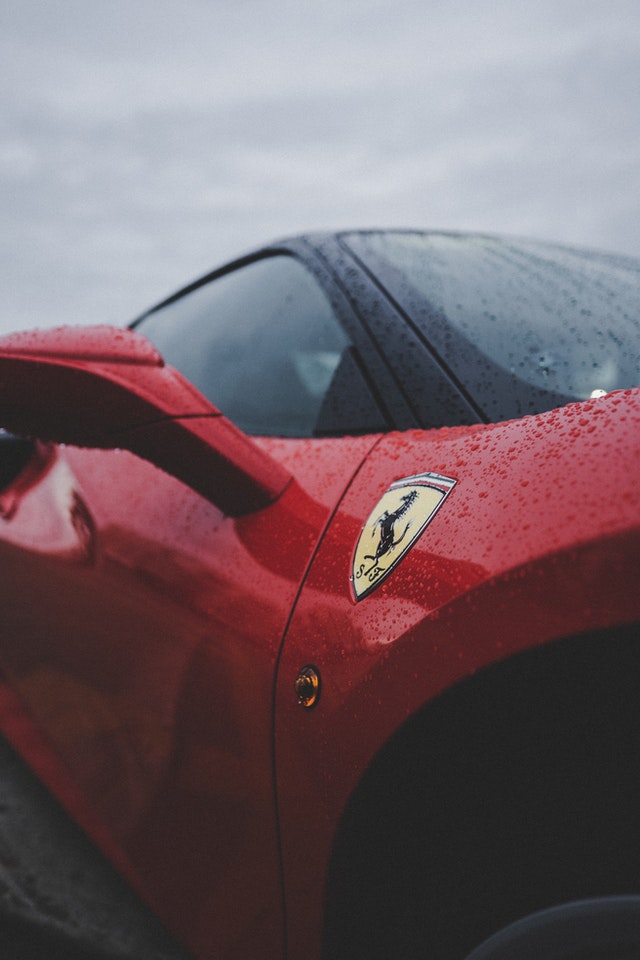 Cars, in general, possess both form and function. One of the things that I’ve learned having spent a good portion of my life in the wholesale automobile business is that auto brands NEVER compromise aesthetics vs performance. Both are important not only because of the way a car looks (yes, we buy with our eyes), but also because some of the slick stylings is actually aero-dynamic, making cars more functional.

BUT THERE IS SOMETHING SPECIAL ABOUT SPORTS CARS!

Something that makes them stand out when it comes to beauty. And we are not talking about external features only. There is more to physical features like sleekness of the car, that determines its beauty.

Here are some of the characteristics that endear sports cars to car enthusiasts.

Sports cars speak the attitude that they possess. They are not like mere cars whose presence can be ignored. They captivate the eyes of those who see them. They imply that thrill and enjoyment can be expected when their hands are those that control the wheel. These fast cars stand above other cars, that are seen every day, primarily because the designs imply what they are capable of doing. A sleek look should match the great performance.

Their power comes from their more powerful engines and can do more than ordinary tasks because of the features that only they possess.

I once said here that a good car can make you a better driver. It’s true. Why? Because ordinary cars make driving monotonous and boring, while on the other hand, sports cars primarily aim to give the drivers a “high” feeling of speed and control. Only sports cars can provide that need for drivers who seek adventure. They bring the thrill back to driving and express what other cars can not. Sports cars are not designed just for practicality, but for pleasure too.

Someone who really loves to drive will have the need to express this ‘wild side’. Only a sports cars make any road a venue to satisfy those needs and match the “wildness” that drivers innately have. For that reason, sports cars perfectly compliment the child in every driver.

I know that I appreciate the improvements that have been made to sports cars. You could say that sports car technology has infinite possibilities. The stereotypes of sports cars have long been debunked, just take a look at the sports-car SUVS or an EV with that slick sporty styling. You see, those limits have been crossed. The only thing that car enthusiasts can do is to watch as these improvements unfold before their very eyes.

There’s something very empowering about getting behind the wheel of a car that’s made for speed.

With all these things said about the intrinsic and extrinsic beauty that sports cars possess, only a person who does not appreciate their beauty and/or speed will not opt to get one.

Will a hybrid car really save you money? 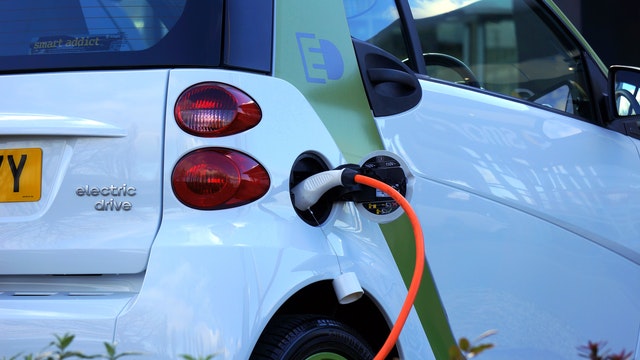 We know they’re better for the environment, but do hybrid cars actually save you money in the long run?

Considering the price of the car vs. a traditional gas model PLUS the gasoline saved, this has been a hotly contested debate in the automobile world.

Several studies released by Consumer Reports and other review agencies have shown that on average, you don’t actually save money by buying a hybrid car. BUT, most of these studies only take into account the difference between gas mileages and they just don’t take into account many of the other factors that go into calculating the total cost of ownership.

Have you ever heard the saying that your car is worth 30% less the moment you drive it off the lot? As a former wholesale automobile dealer I know that this is true of every new car – except the hybrid. A hybrid vehicle retains its value better than any other type of vehicle. Interestingly, the value retention is as true in the first year, as it is FIVE YEARS DOWN THE LINE!

There are numerous tax credits you can take advantage of by driving a hybrid vehicle. Yes, they change based on when and where (state) you’ll be buying the car. These tax credits can range anywhere from $250 to $3,150 depending on the state, the time period and the vehicle you’re driving, so keep an eye out for the rebates as you should be able to find both state and federal credits (to lower your tax bill in April).

Right now a hybrid costs more to purchase up front (in the next few years you should see the prices get closer to traditional gas models), and their maintenance costs are significantly lower than the average vehicle. According to the Intellichoice report, the cost of the average non-hybrid vehicle of a comparable nature to the Prius over a five-year period was $33,305. Conversely, the Prius incurred only $19,897 in costs. As someone who’s wife drove a hybrid Civic for many years (and got over 200,000 miles on that engine before trading it in), I can attest to the fact that it was a HUGE cost saver.

Financing Options May be BETTER

One big hidden cost to buying a vehicle is financing. The percent interest you pay on purchasing your vehicle is a huge part of the total cost of your purchase (unless you’re a cash buyer this is REALLY important). While there are no ongoing special rates for the Toyota Prius, the Civic Hybrid or other hybrid vehicles, the fact is that financing deals are run several times a year specifically for hybrids by most major manufacturers, so again BE ON THE LOOKOUT.

That means that if you wanted to buy a Toyota Prius and just waited until a 0.9% APR deal came around, you could save a significant amount of money.

Insurers also take the driving habits of hybrid owners into account. If you own a hybrid, your accident rates are a lot lower than other types of car owners, which in turn lowers your insurance costs.

So, taking all the various factors into account, not just the differences in fuel costs, hybrid vehicles really do end up saving money in the long run.

Finding things – on the course, in the dark and more 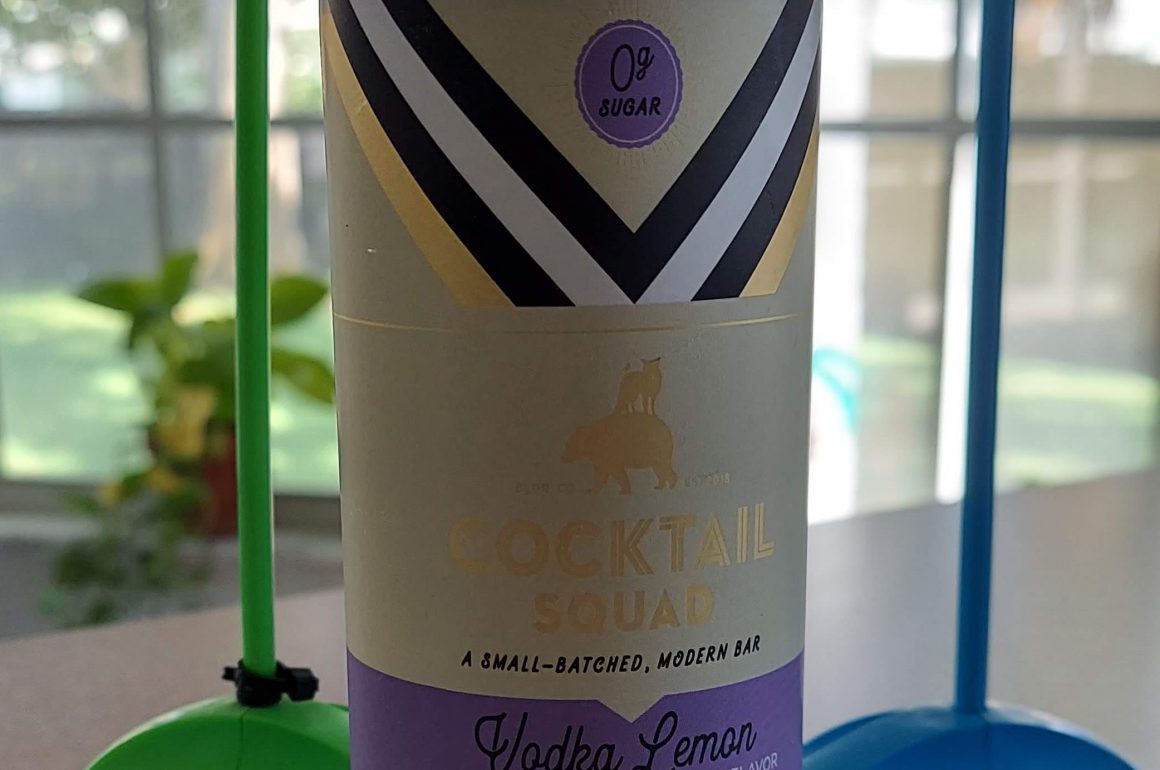 The products in this post were sent to me for review. All opinions are strictly my own. 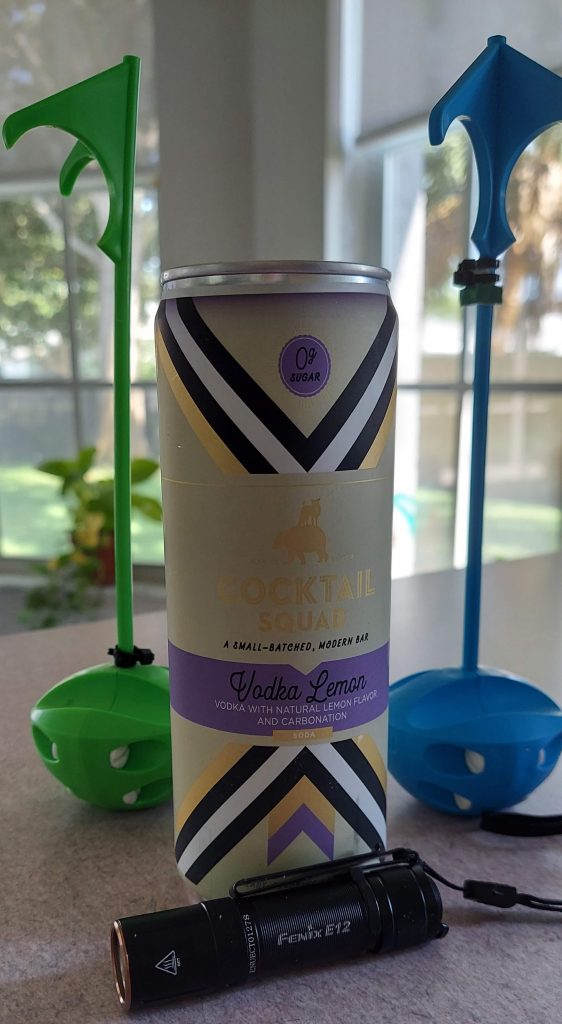 It’s been quite a summer

Thankfully, I’ve been able to get out on the course or at least to the driving range between the days of rain and blistering heat. With Autumn on the horizon, it’s the perfect time to get outside, get to the golf course, do some exercise and enjoy yourself. It’s also the time to pick up a few items to help you enjoy a little more. 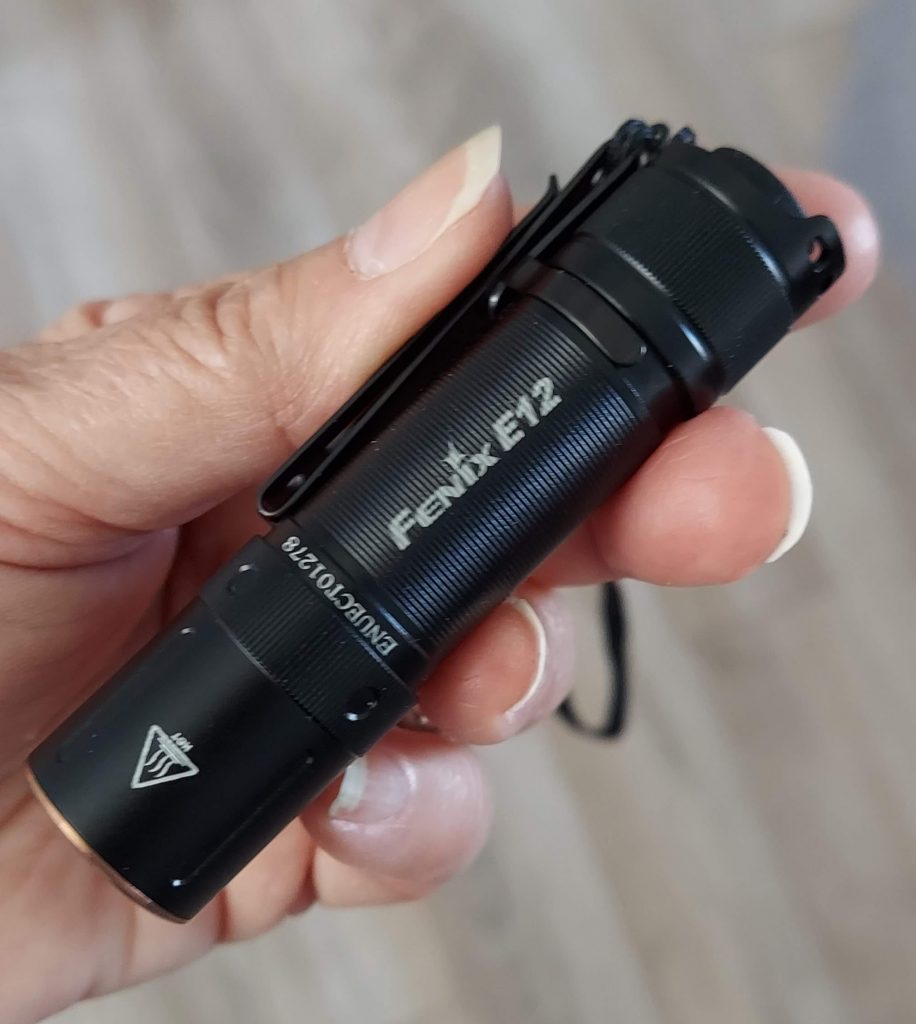 Keep a Fenix E12 Flashlight in your glove box. I use it when walking the dog at night because it’s a great size PLUS it has the included pocket clip so that I never lose it. This 3″ flashlight boasts 160 lumens when on high and takes a single AA battery. Because we have to walk in all kinds of weather, I’m grateful that like most Fenix Flashlights the E12 V2.0 is waterproof and rated with a durable aluminum body and ultra-thin optical lens. The tail end switch makes the beam go from low to medium to high with barely a touch. I’ve found it to be so handy, that I knew I needed to keep one in the car at all times as well as one in my wife’s car for breakdowns at night. 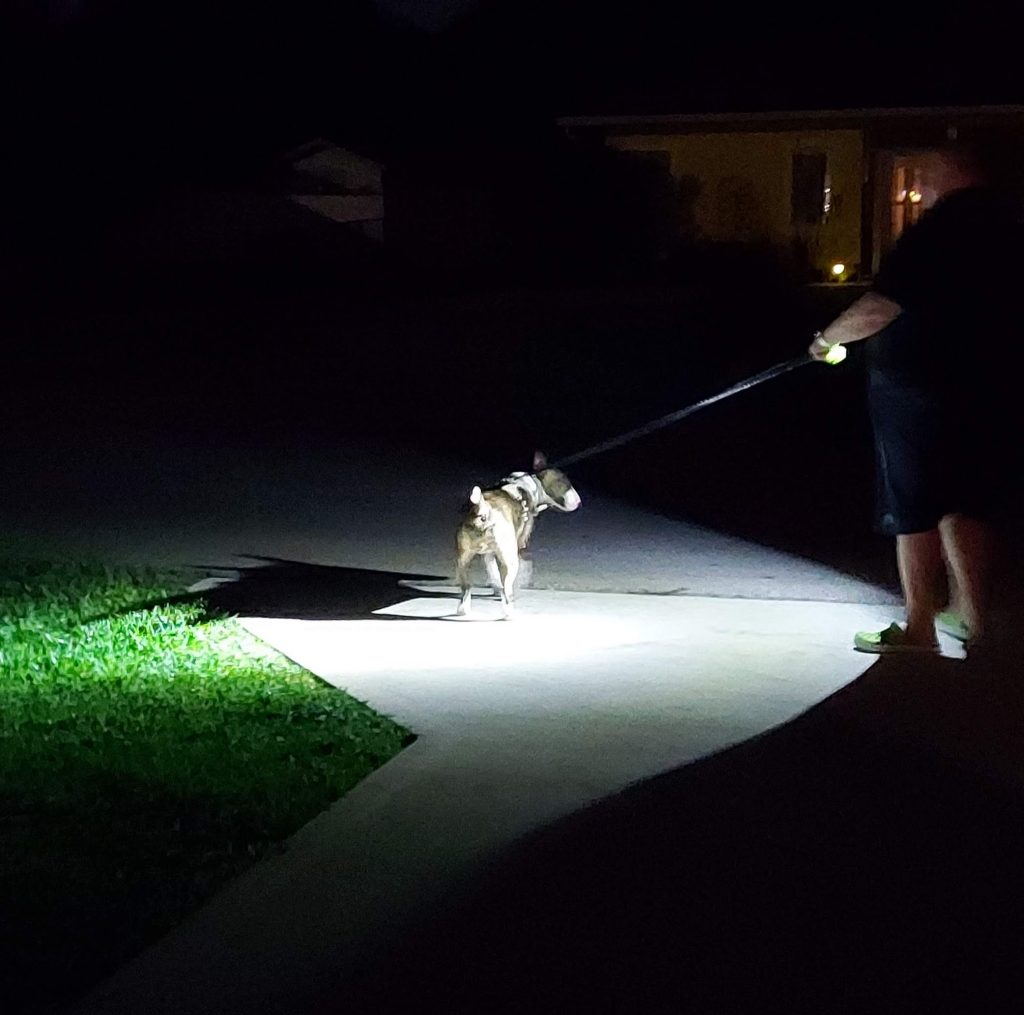 Did I lie on my scorecard? ABSOLUTELY NOT…I don’t KEEP SCORE. Golf is one game that’s incredibly frustrating and at the same time rewarding, and after a hot day on the course, I usually duck into the 19th hole AKA: home. You see I live within walking distance from the 18th hole, so it’s a quick stroll to the house where I can relax in comfort with my drink, especially on those days that I go out alone and am matched up for a fourssome.

I keep things easy, and I’m honestly not much of a beer guy. Oh, I’ll have one every now and then, but when I walk in the door I’d rather open a can of Vodka Lemon by Cocktail Squad. A CAN OF VODKA?

Craft Cocktails in a can

I am usually too tired to mix a drink, and just want to pour one over ice (or have it right out of the can). I never worry about my bartending skills, because these classic drinks have just the right amount of alcohol to mix all with 0 grams of sugar.

There’s no more worrying if I have the right mixers or juices in the house when the fridge is stocked with Cocktail Squad. 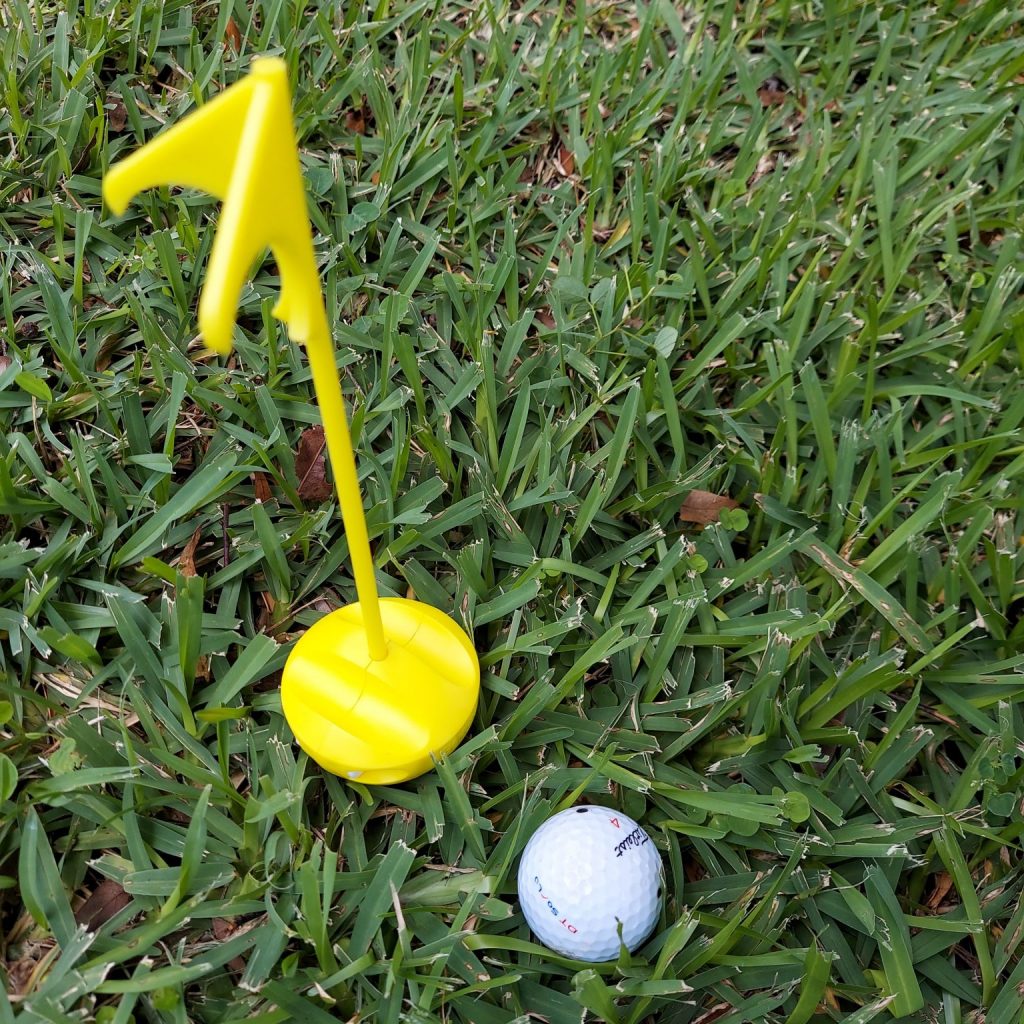 Tee Time with your buddies can mean a great day on the course, but we all know the feeling of that slice or ending in the rough. If you’re having a better day than they have, I have a great way to make their day a little better. Help them cut down on wasted time looking for their golf ball if you get there first with a BēKEN. These colorful markers make it easy to find where you’ve placed them, cutting down on your wait time as they look (not to mention the foursome that’s behind you, waiting to play through).

The 8″ high markers have a weighted base to keep them upright with grooved channels that hold a club or a cigar as you assess the situation. Placing your club on one reduces the chance of getting onto the golf cart and driving away leaving your club laying on the ground. 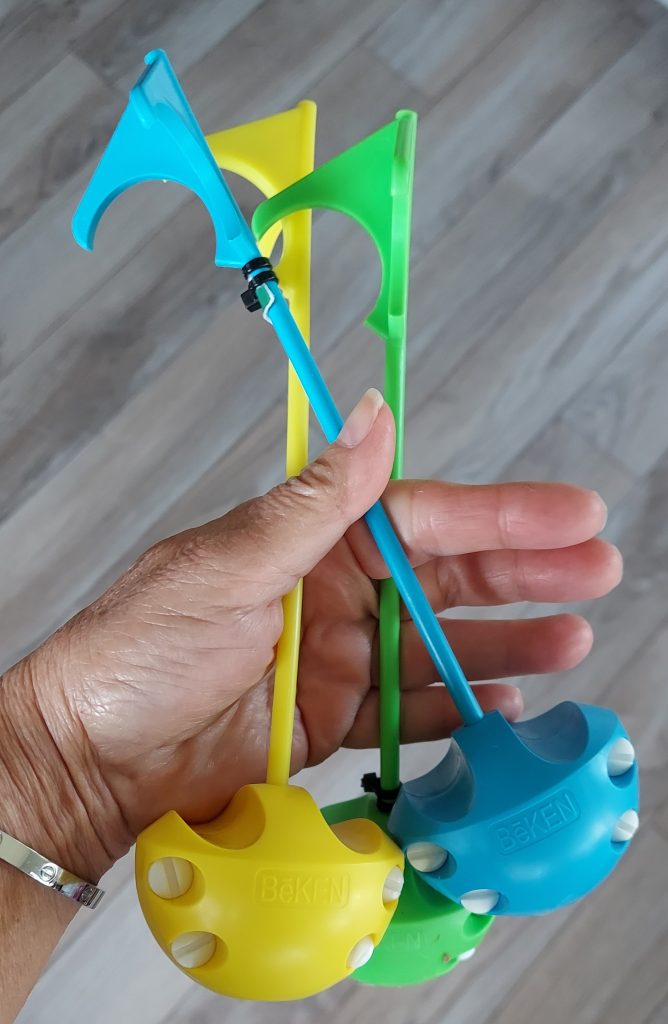 Use them in your backyard for chipping and putting practice as well as with the kids for any “closest to the pin” games.

Remember that they call is GOLF because all of the other 4-letter words were taken.

Let’s face it, cars are expensive. Today’s car loan can cost more than you’re parents’ first mortgage. The reality is, that it’s not only the price of the car, but also the gas, insurance, maintenance, car washes, and more that really add up. For most of us, there are also considerable costs associated with the auto loan. I love having a nice car, but with the economy as it is, every expense is worth checking out.

How to save money on your next auto loan using my strategies:

There are several ways to save money on your next auto loan. If you have the luxury of time on your side, fix any credit challenges you may have and shop around for the best financing terms. Where there’s a will, there’s a way. Do what you can to keep as much of your money as possible.